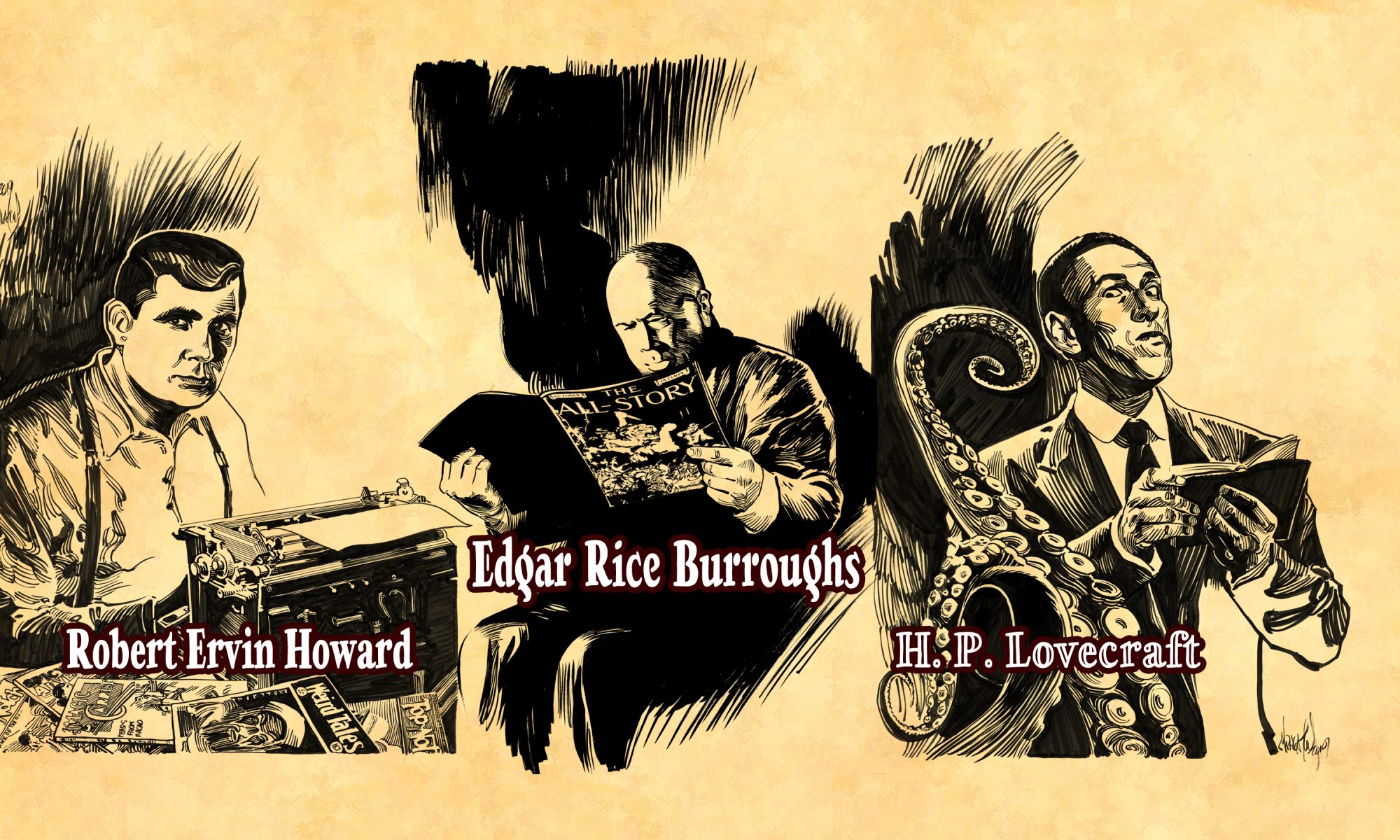 Robert Ervin Howard (January 22, 1906 – June 11, 1936) is the creator of Conan the Barbarian, Kull the Conqueror and Solomon Kane, as well as a large and diverse cast of other memorable characters. In his short life, he managed to capture the imagination of a large number of pulp readers. Many of his works were not published until after his death and while Conan was popular during his lifetime, it was not until thirty years after his passing that Conan began to penetrate the mainstream as a staple of books, comics, films, television and games. He is credited as being the founder of sword and sorcery as a distinct fantasy genre.

Edgar Rice Burroughs (September 1, 1875 – March 19, 1950) is best known as the creator of Tarzan of the Apes, and the world of Barsoom; home to the heroic John Carter. He was a prolific author who turned out quite a few ongoing series that included stories of adventure, science fiction, horror, and westerns. His works have inspired generations of authors, artists, actors, filmmakers and game designers.

Howard Phillips Lovecraft (August 20, 1890 – March 15, 1937) achieved a limited fame during his lifetime, writing richly inventive tales of horror for the pulp magazines. After his death his work continued to attract attention, partially due to his encouragement of other authors to set their own stories in the universe of monsters and gods that he had created. The Cthulhu Mythos has grown with each passing year and sent readers searching out his original works. As a result, his stories continue to be adapted for radio, television, film, graphic novels and games. In this way he has become one of the most influential authors of horror and weird fiction of our era.

Jack McDevitt (author of the introduction to SONGS OF GIANTS) is the Nebula Award-winning author of the Academy series and the Alex Benedict series. He went to La Salle University, then joined the navy, drove a cab, became an English teacher, took a customs inspector’s job on the northern border, and didn’t write another word for a quarter century. In 1971 he received a master’s degree in literature from Wesleyan University, and in 1980 he returned to writing when his wife, Maureen, encouraged him to try his hand at it again. Along with winning the Nebula Award in 2006, he has also been nominated for a Hugo Award, the Arthur C. Clarke Award, and the Philip K Dick Award. In 2015 he was awarded the Robert A. Heinlein Award for Lifetime Achievement. He and his wife live near Brunswick, Georgia. You can visit him at JackMcDevitt.com